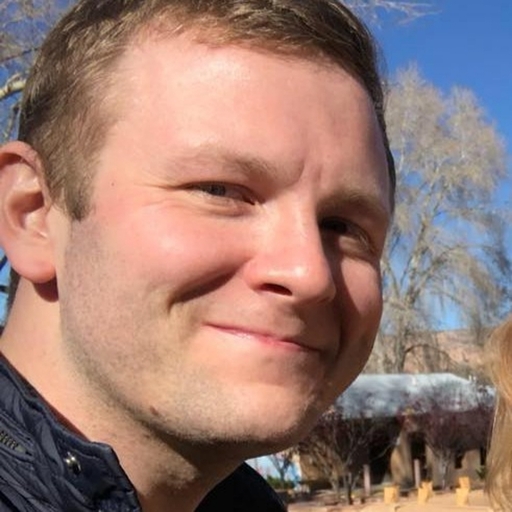 In this week's HRR we spoke to Rattle SDR Manager Aakanksha about how she's used Rattle in the past and what it's like now, being here. The biggest takeaway: Automation actually makes managin people far, far easier.

We’re into our third episode of our series, How Rattle Rattles — an honest look into how the folks here use our own product day-to-day to ensure our success (and survival) — and though it’s early, we’re already breaking new ground.

First, this week’s guest, SDR manager Aakanksha (LinkedIn here), is the first Rattler we’ve spoken to that used Rattle before coming here — and secondly: she’s the first people manager in the series.

We found Aakanksha's insights particularly surprising in that we learned just how helpful customised automation can be — not just in making smarter workflows, increasing efficiency, and all that salesy stuff, but in the human side of developing SDR talent, too.

As Rattle’s SDR manager, Aakanksha brings six years of experience, working for impressive companies which introduced her to the tool, got her excited about it, and ultimately led her to apply and get hired here. She’s been on the team for a little over a month.

With all that background, still, the first question was pretty obvious:

What was your first experience with Rattle? How did you come to use it?

At my former job, we had a very extensive way of auditing everything our SDRs were doing. When I say auditing, I mean going into the CRM and literally drilling down on everything that SDRs were doing. That level of granularity was what we wanted. Of course, we would find things that were not good, that went wrong. But then, I’d use the SalesForce Chatter feature to reach out to my SDRs. And then when I chattered’them, I could tell they would get annoyed. “Hey, why is my manager chattering with me again?” or “Why is my manager asking me to update something or just edit something,”  etc. It was a lot of my job.

Not the most effective use of your time.

Rattle took that away from me in the best way. I was shocked about how easy it was to ask my SDRs to create a new opportunity in Slack.  If someone is in sales, they know how difficult it is to teach an SDR or how difficult it is to create an opportunity on a CRM, right? And the moment you can do it out of Slack, a huge turnaround because creating a new opportunity and going into Salesforce is a huge task. And Rattle does that almost in one-tenth of the time.

So it really helps SDR managers in that way. A good manager really wants to be in good standing with reps and wants to build their trust, and wants to create a relationship with them. And it’s really hard to do that when most of your interactions with them are pestering them.

So Rattle essentially automated away the pestering?

Yes. It took away all of that. We had used Rattle for that, there. It was especially good for being in a remote setting, too. Because you’re already pestering.

Oh really? Why would Rattle be effective for remote settings?

I think all the remote sales teams out there will completely relate with this. There’s a lot more forgetting, there’s a lot more going on than there used to be, so you have to over-communicate. With remote teams you have to send multiple reminders because you're not speaking to the person, in-person. You have to over-communicate.  And when you do that, you want to talk about things that are the most important. You don't want to include something like CRM hygiene, etc., which is of course important. But you really want to talk about targets, quota outcomes, etc. And when continuously talking about these data hygiene it becomes annoying for your rep and as well as for you. And then it can lead to a lot of frustration and that breaks down rapport. And then of course there’s Zoom fatigue. I think I would say that the rapport that you can build with your colleagues or you can build with your team has really gone, because everyone is facing it. Rattle helps me too because we’re not talking about boring, frustrating stuff when we’re on a Zoom call. We’re talking about the important stuff and there’s much less of this “Why are we even meeting?” stuff.

Sounds like it removes the “hassling reps” part of the job.

Exactly. Rattle’s the most neutral, most effective way to remind somebody that they forgot to do something. It’s not me bugging them. It’s an automated reminder. There’s very little annoyance there, compared to me taking time out of our meetings every week to remind reps to follow CRM best practices, data hygiene principles, etc.  Plus, as a human you can forget, but Rattle as an automated tool doesn't. Humans, we make mistakes all the time. In fact, even this morning is a great example. We wrapped up our last month and we were trying to figure out everyone's commission. Our RevOps director here and I were just trying to figure out what kind of number we ended up with. And we had confusion. Turns out, the link that he shared with me was not the same link as I was looking at. And that created a lot of wasted time. Rattle will never make that kind of mistake. It can’t. Rattle will always have the right link. But when you will do it manually, you might make mistakes. It seems so simple but if you add that up over a week, you save so much time.

Other than moving from these larger companies to a startup, what’s changed most about your relationship with Rattle now that you’re here?

Actually one thing that has *not* changed is my love for Rattle. I mean, Rattle from behind the curtain is also just as amazing as it was as a user. A lot of friends say, “I want to work for this or that company.” And then they get in and then they're like, “Oh my God, the product sucks!” But for Rattle, my love isn’t just the same… it’s increased.

Definitely very little “how the sausage is made” here.

Right. This product is actually amazing and the kind of customer love I've seen since joining is also amazing. I can see from so many other customers who really love Rattle that it’s really solving a problem for them. And really the tool is only limited by your imagination. Even now I mean, we don't even know the possibilities. Rattle can be used in different organizations. Anybody can leverage it for anything.

So that’s the big question of the series: What is Rattle specifically doing to solve for Rattle’s problems… with Rattle?‍

Of course at Rattle we know how to use Rattle better than most.

That’s what I’m talking about!

Of course, I was fortunate that I could experience Rattle first as a customer and then someone who is selling it. Because as a customer, it made my life very convenient. I could easily get notified about things that I cared about. I didn't have to go into the CRM and check for things every day. I didn't even have to remind my reps or chase my reps. Rattle was doing it for me, and I was just being the good cop, which every manager wants to be when they're leading a team.

Is that your favorite use case?

Actually my favorite use case would be the new opp channel that we have. I mentioned it before but it notifies people about every new opp that we get.

I'll tell you at former jobs, for every new opp I had to give kudos to people, write about it, etc. But Rattle does it for me and for every new, not only me or my team, but even if the CEO or the directors are added on the channel, they also get notified, which is great because everyone who cares about a new opportunity, everyone who cares about SDR performance can have the visibility into how was this week or how the day went. I didn't even have to let our CEO know that like, “Hey, we had these many opps this week” — the channel does it for me. I don't have to go and check what new opp is created. The team gets really motivated because they are getting notified of everyone's new opp and it energizes them too. “Hey, that person created an opp. I should also get an one today.” Or “That person got two today, I should at least get one today.”

That’s fantastic. And I imagine that helps the team become more team-like generally.

An SDR manager will of course go into the CRM and notice new opps. But a team won't notice them. In the past, a single SDR only cares about him or herself. But now, here, there's a channel which is literally alerting them all whenever a new opp happens in real time. And then the team is so enthusiastic, so energetic about it.

They're conversing with each other. They're asking how the new opp happened. And even better, because they’re asking, they're learning new ways. And this also gives a visibility for other people to learn, too. I don't have to be like, “Hey, so-and-so got three opportunities today. Why don't you ask him how he did it?” The SDRs are asking for that info on their own. I get to stick to being a good cop, and the team gets to learn and develop much faster. 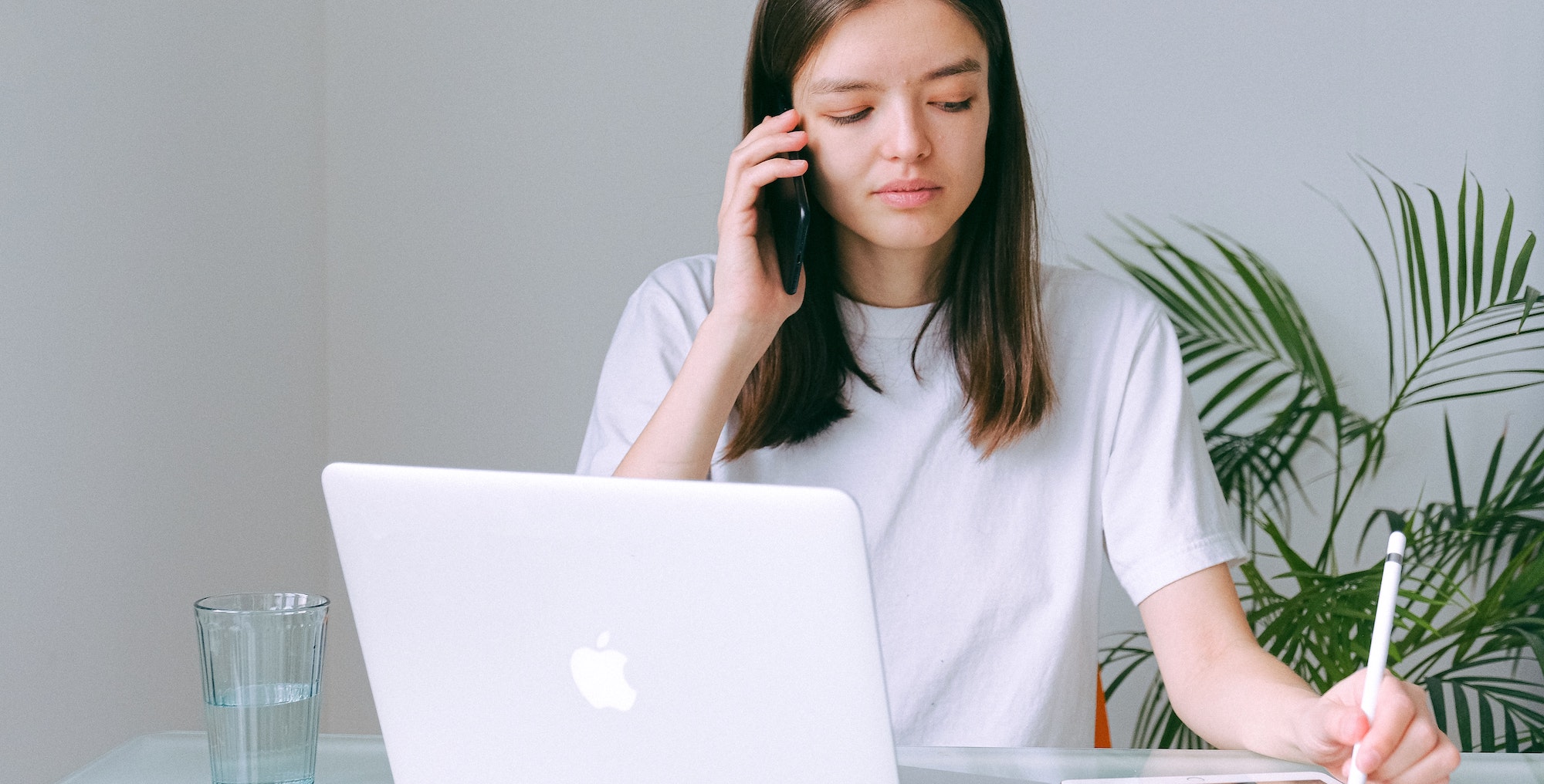